Lamp Forest is composed of second-hand lamps collected by the artists (Anna Kell & Jonathan Clyde Frey) in and near Johnson City, TN. The collection is limited to include only those lamps that depict or represent a version of idealized nature. Viewed in a darkened room, the piece itself gives off the only light. The lamps are configured to feel and look like a forest, inhabited with grizzly bears, cypress knees, leopards, swans, wildflowers and whatever additional flora & fauna the lamps display.

Though the central focus is upon the way nature is represented in our cultural commodities, the lamps also bring into question issues of socio-economic class and its relationship to taste or aesthetics. They extend beyond their origins in East Tennessee, demonstrating the relationship that mass-production has with the unique culture of any particular place. 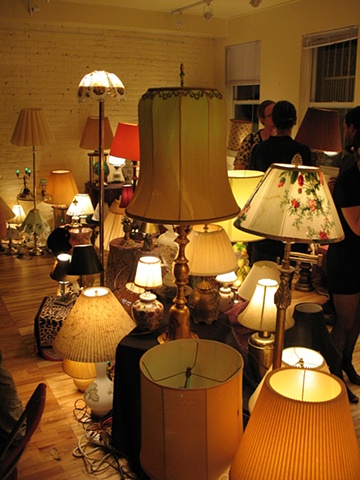 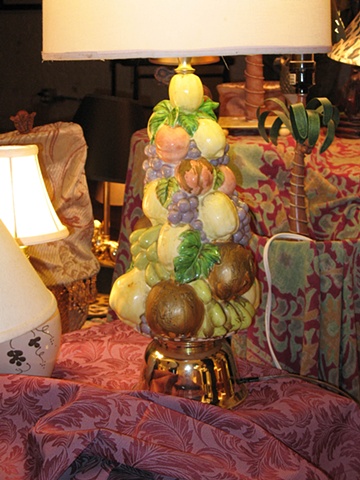 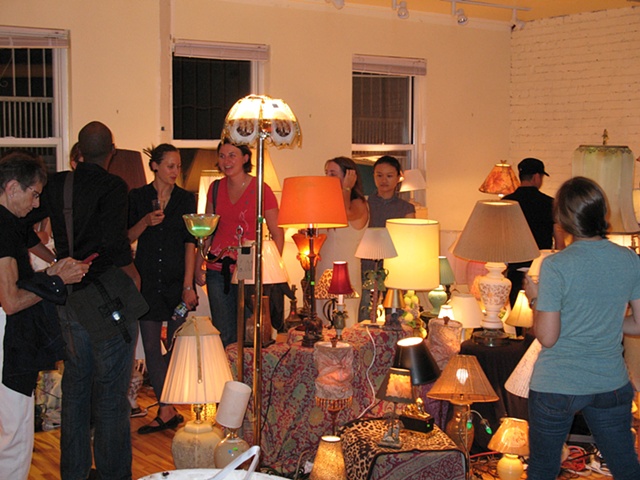 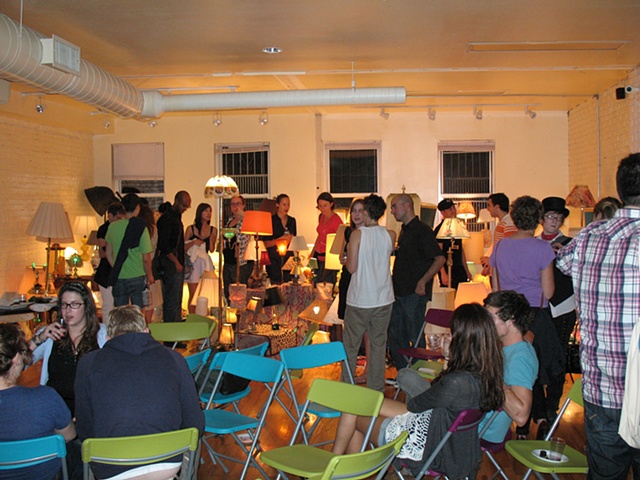 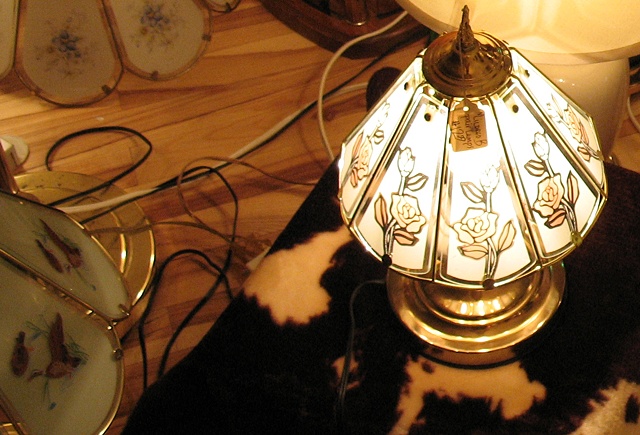 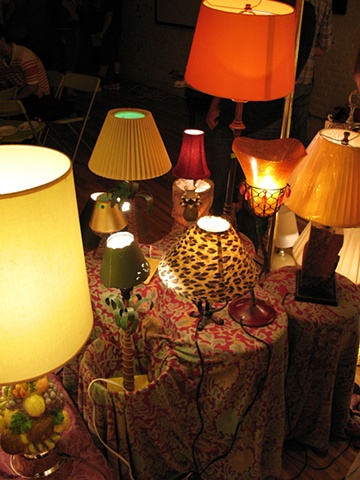 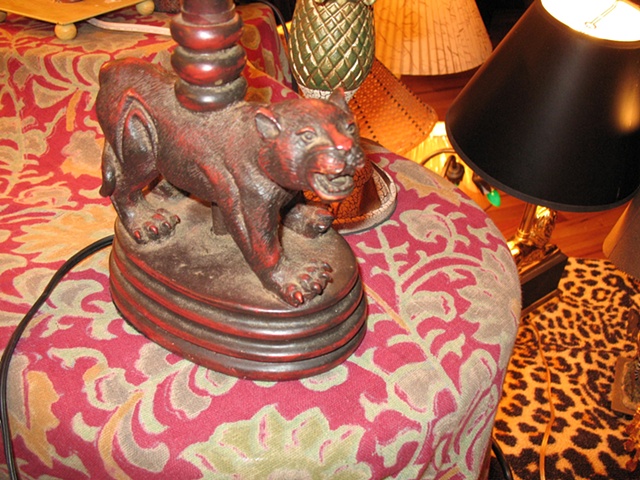 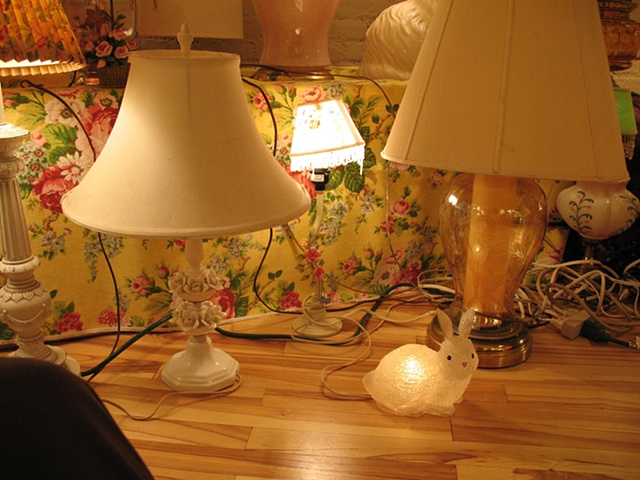 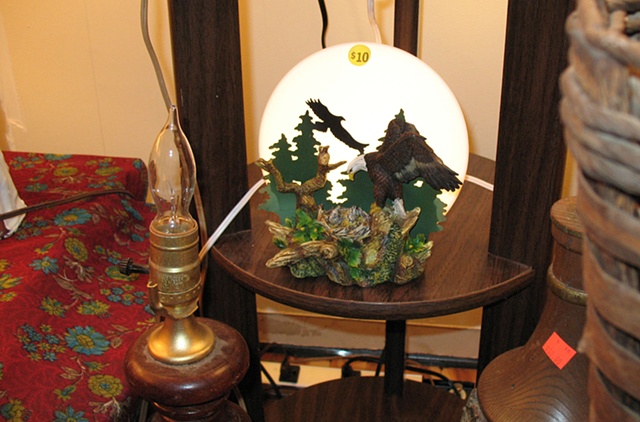 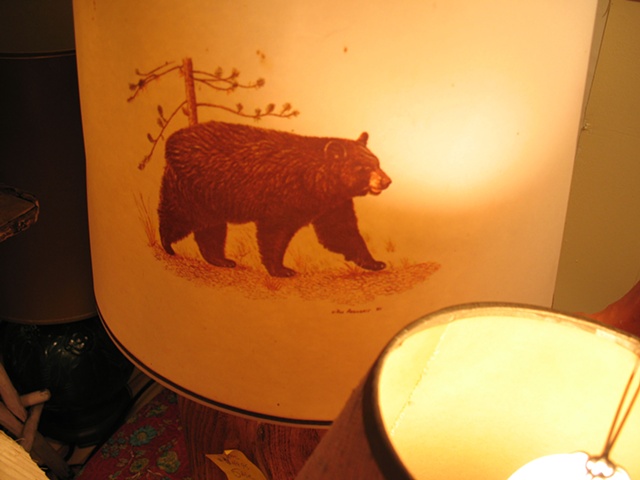 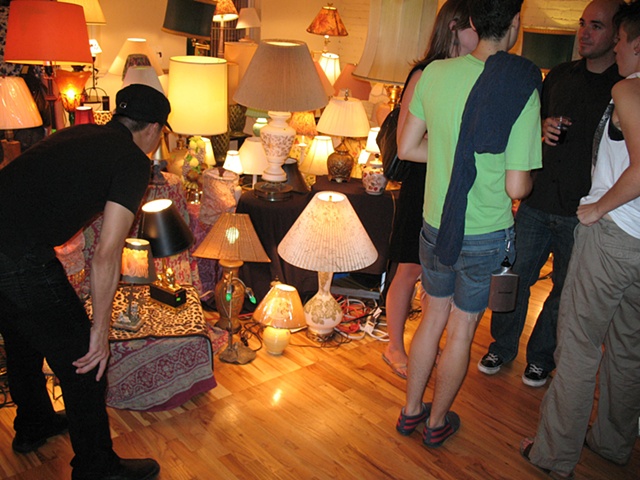 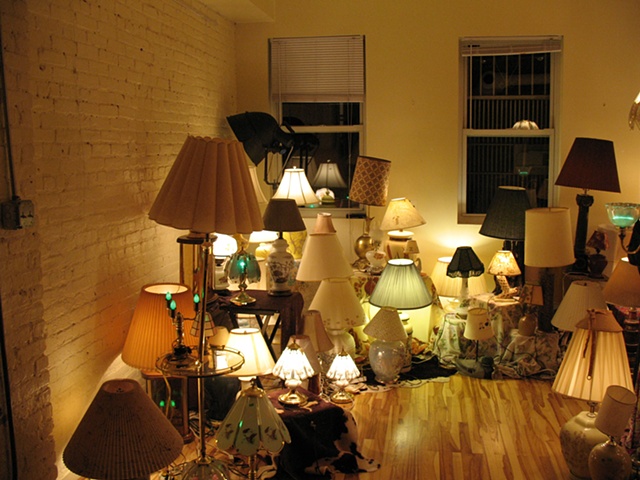 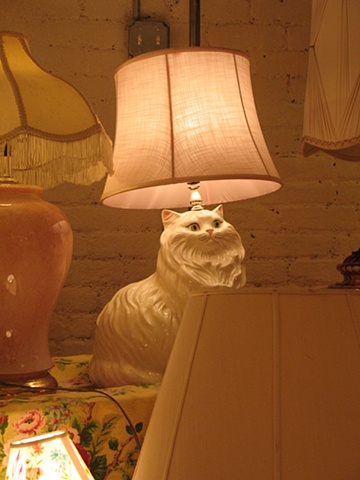 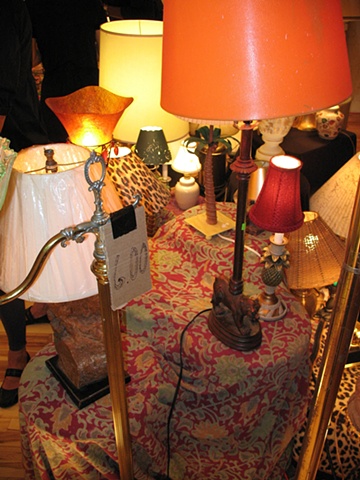 Lamps of the Lamp Forest
digital photographs of our lamp collection 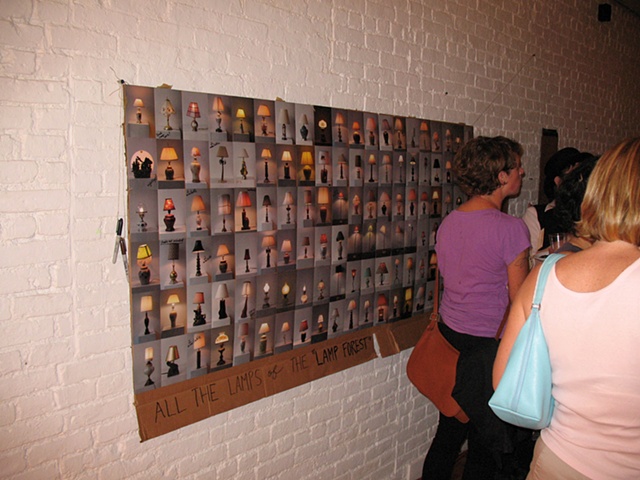 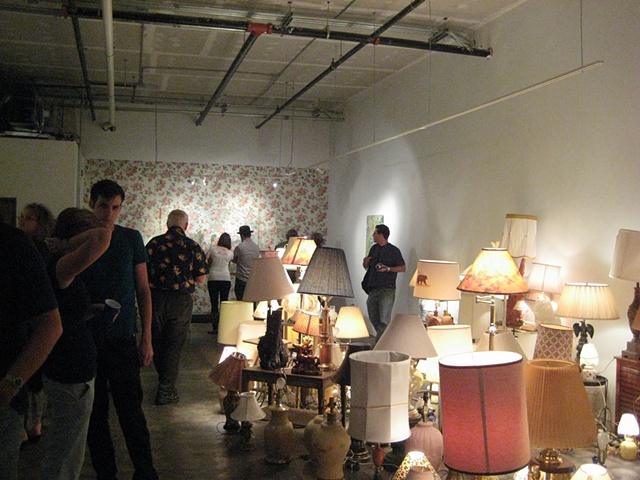 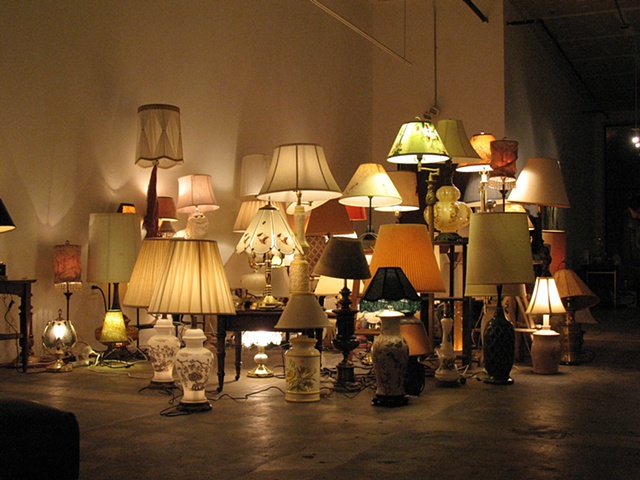 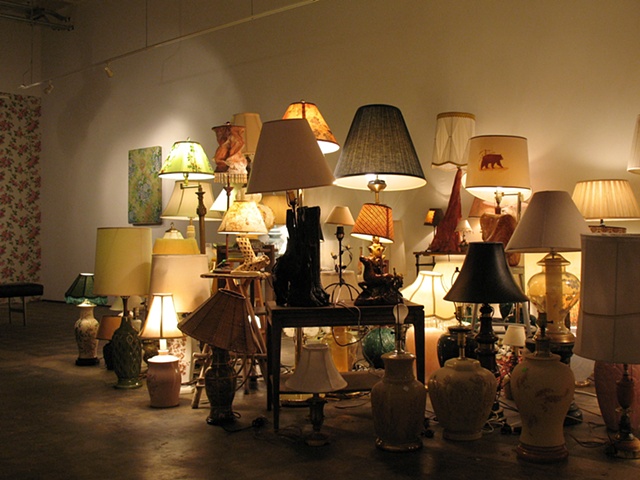 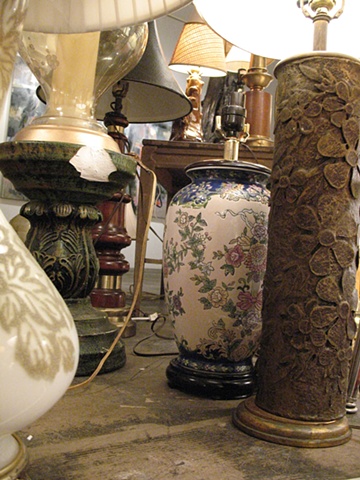 Lamp Forest was first exhibited (in a kind of "dress rehearsal") at the Tipton Gallery in Johnson City, TN, where the lamps were collected. It then travelled to New York City where it was reconfigured as the contextual back-drop for RECYCLING, the 2010 Conference of Stony Brook University's Department of Cultural Analysis and Theory. The Lamp Forest concluded with a silent auction for individual lamps, the proceeds of which were donated to Cherokee Forest Voices, an organization that seeks to preserve the indigenous forests in the southeast United States.