LOVESEAT (2009-11) is an installation that consists of a tiny couch for two and a collection of found, decorative representations of bird pairs. Though birds are sometimes the ultimate symbol for freedom, the birds pictured in our homes are rarely imagined in flight. Instead, they rest on limbs or in nests, appearing to be happily grounded with their faithful companions.

Images like these are seemingly innocent: so common in our interiors that they go unnoticed. By collecting and painting cages into these scenes, I hope to complicate their meaning and draw attention to the restrictive attitudes toward gender and sexual conventions that they reinforce. 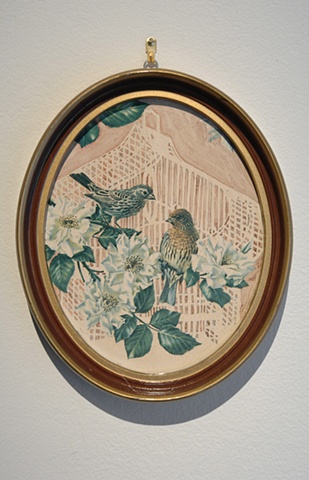 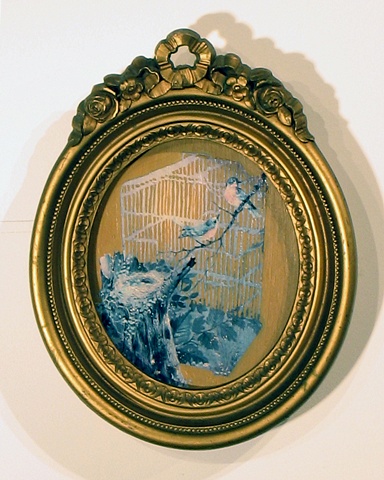 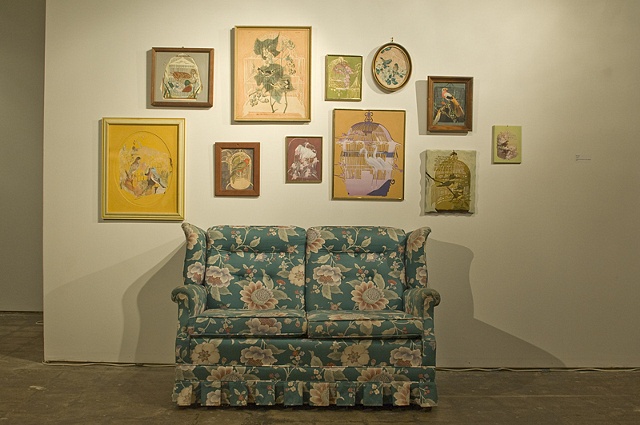 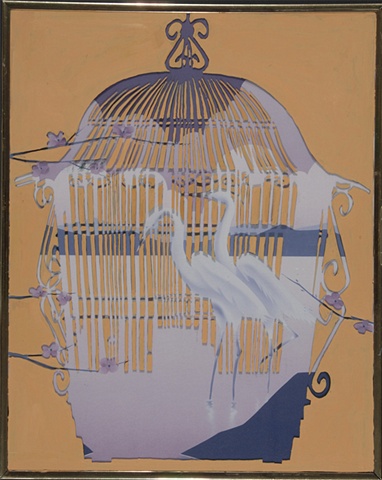 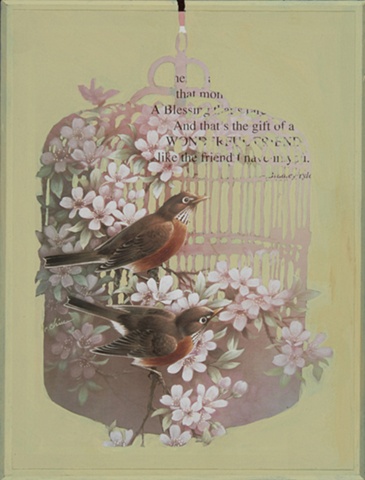 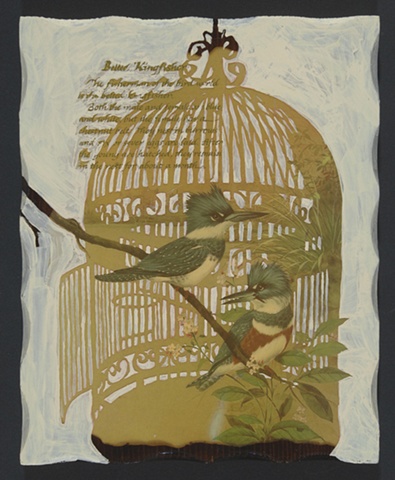 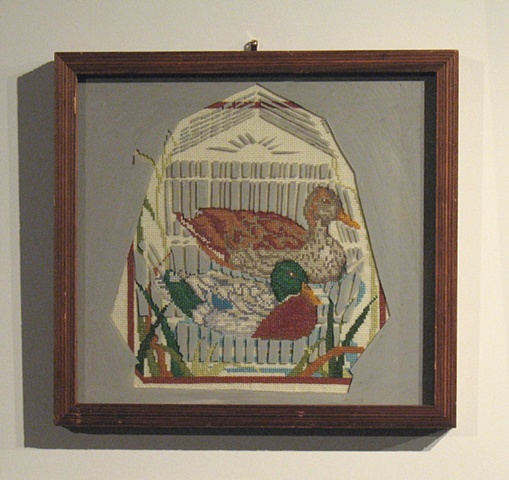 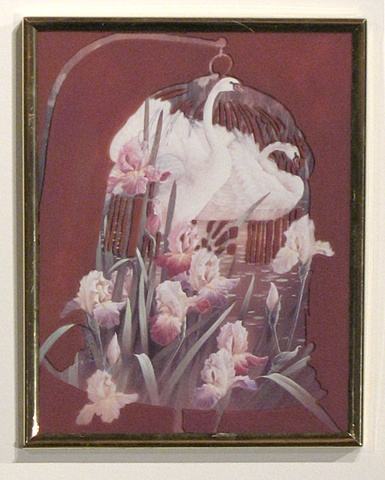 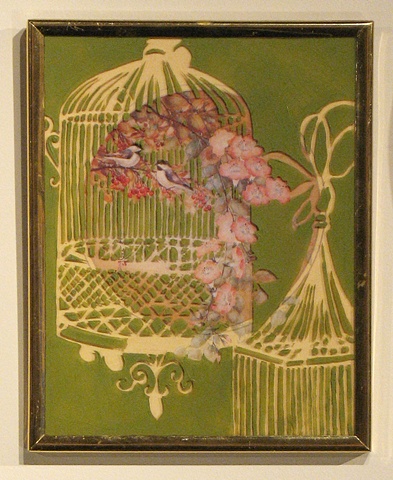 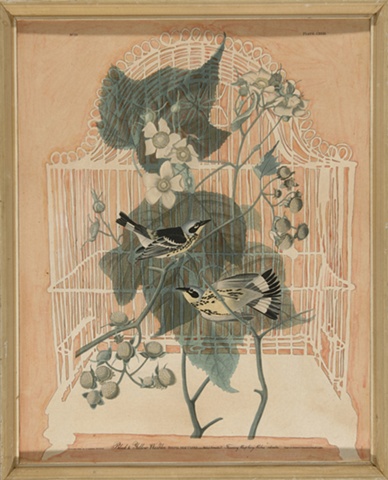 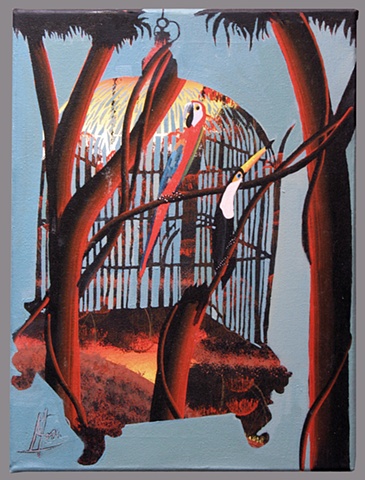 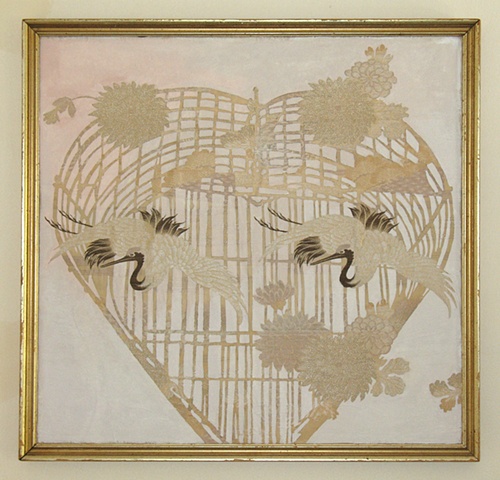 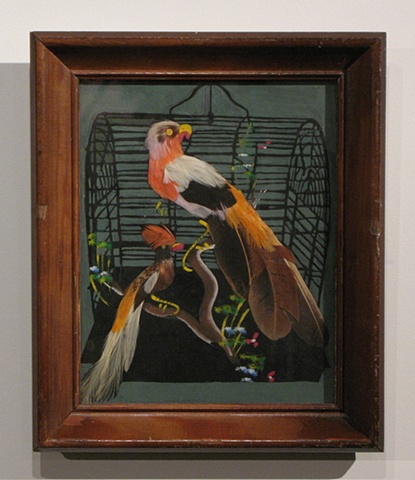 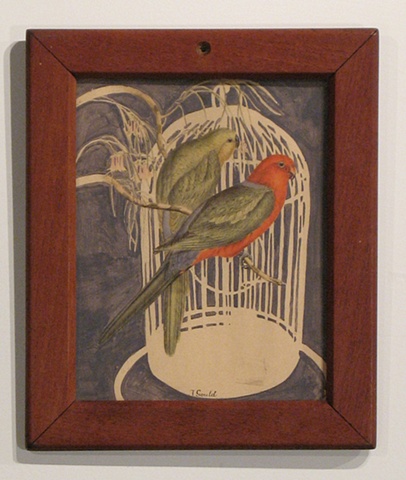 This installation was shown at Pending, a three-person show at East Tennessee State University in Johnson City, TN in 2009. Selections of the piece have been shown individually in a variety of group shows since then.