At the invitation of the museum's director, I developed a mural project that would engage with the themes of the semester’s show SPEAK / ACT / MAKE while supporting students' active participation of the literally "progressive", social-practice exhibition. Over the course of the first month of the semester, my painting students and I created a 15’ x 60’ mural utilizing crowd-sourced designs and focusing on figure/ground interactions and visual communication. 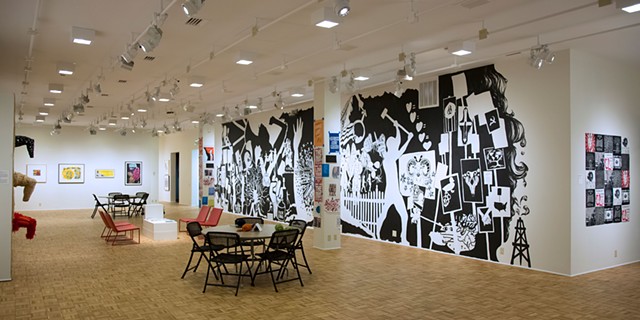 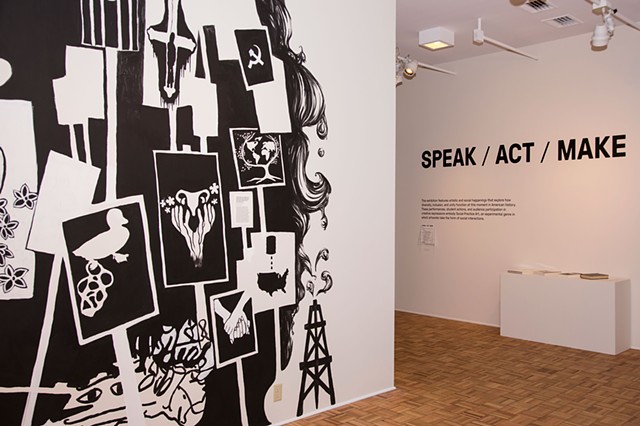 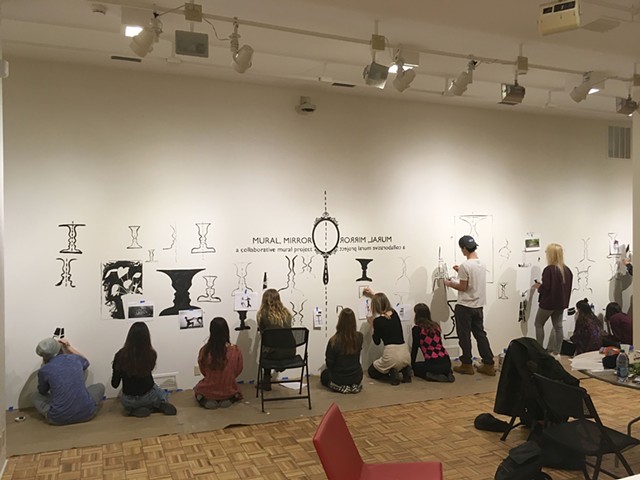 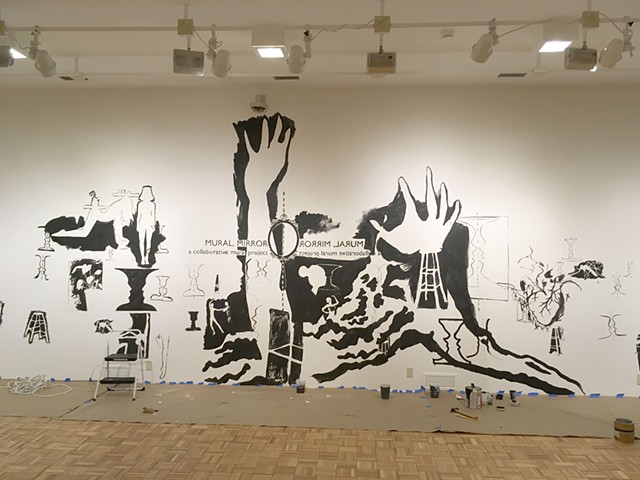 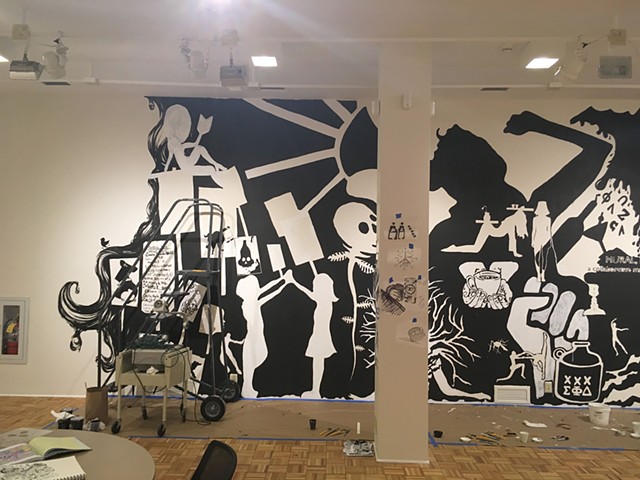 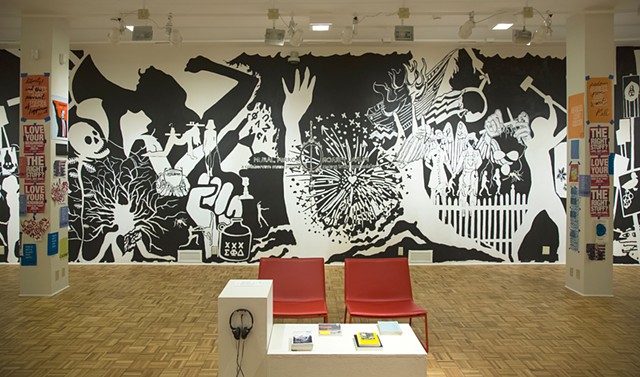 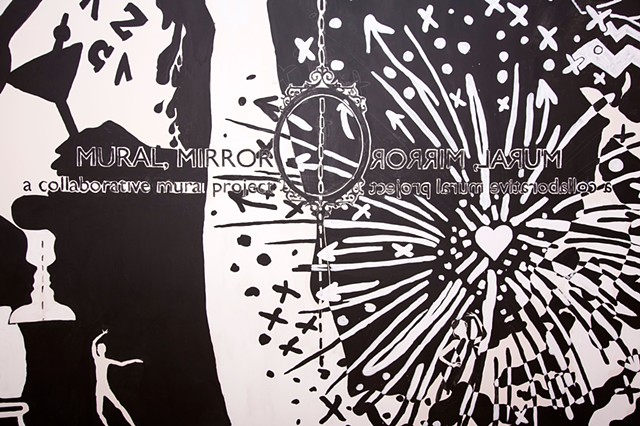 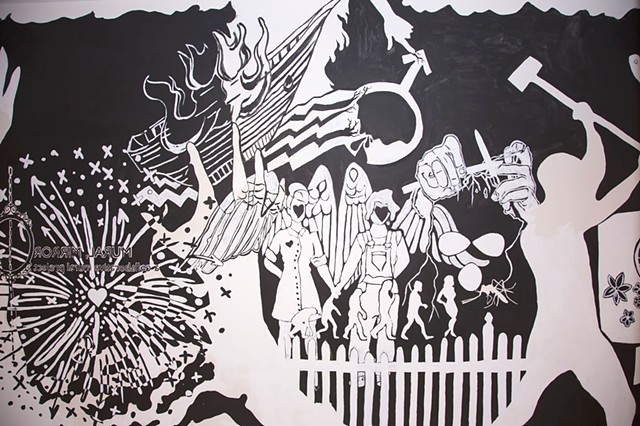 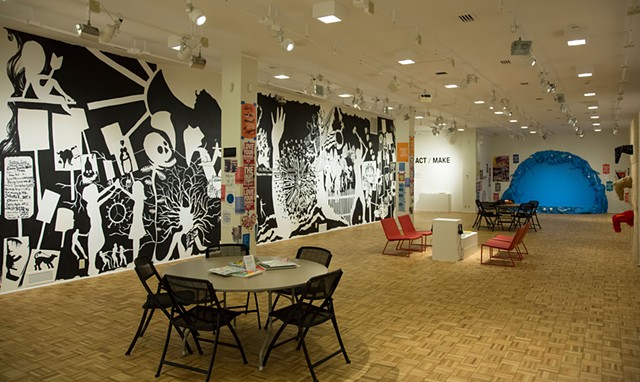